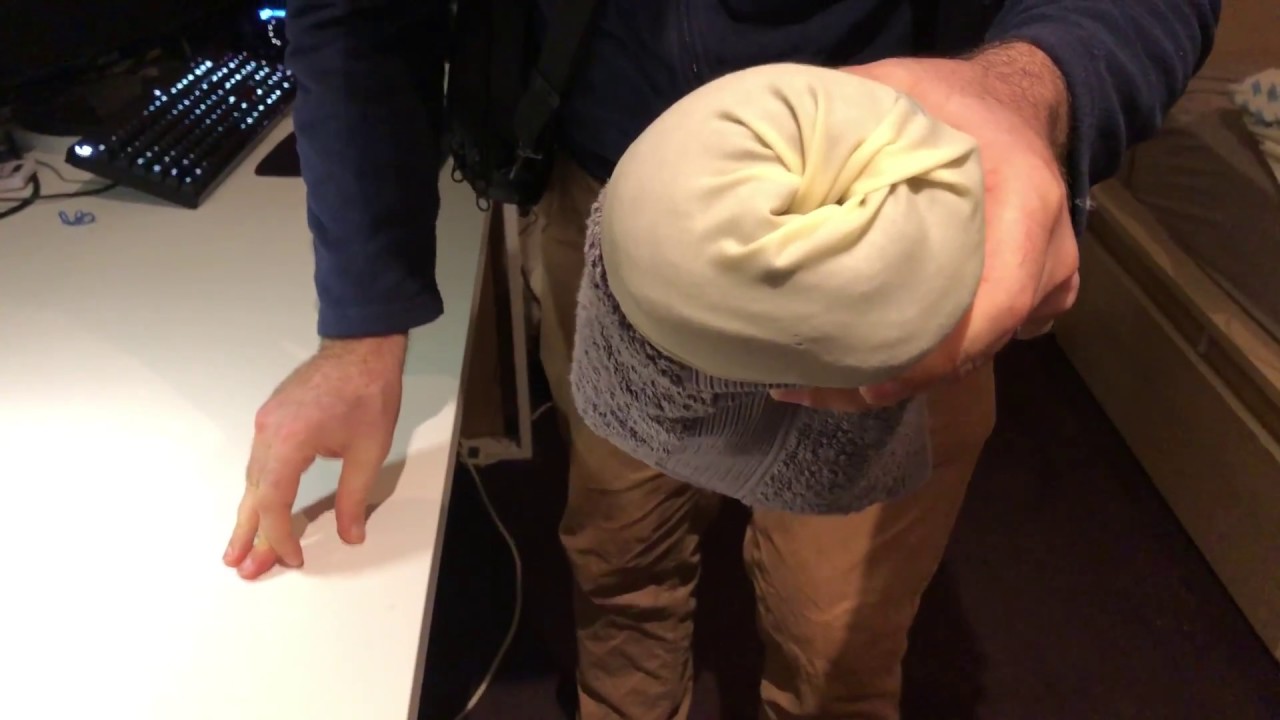 How to Make a Pocket Pussy?

Unfortunately, to get a nice and well-made sex toy of this kind, you’ll need to splash some serious cash. Also, some guys have unique quirks that make your standard pocket pussies sold online useless, and you’ve got yourself a bit of a pickle. 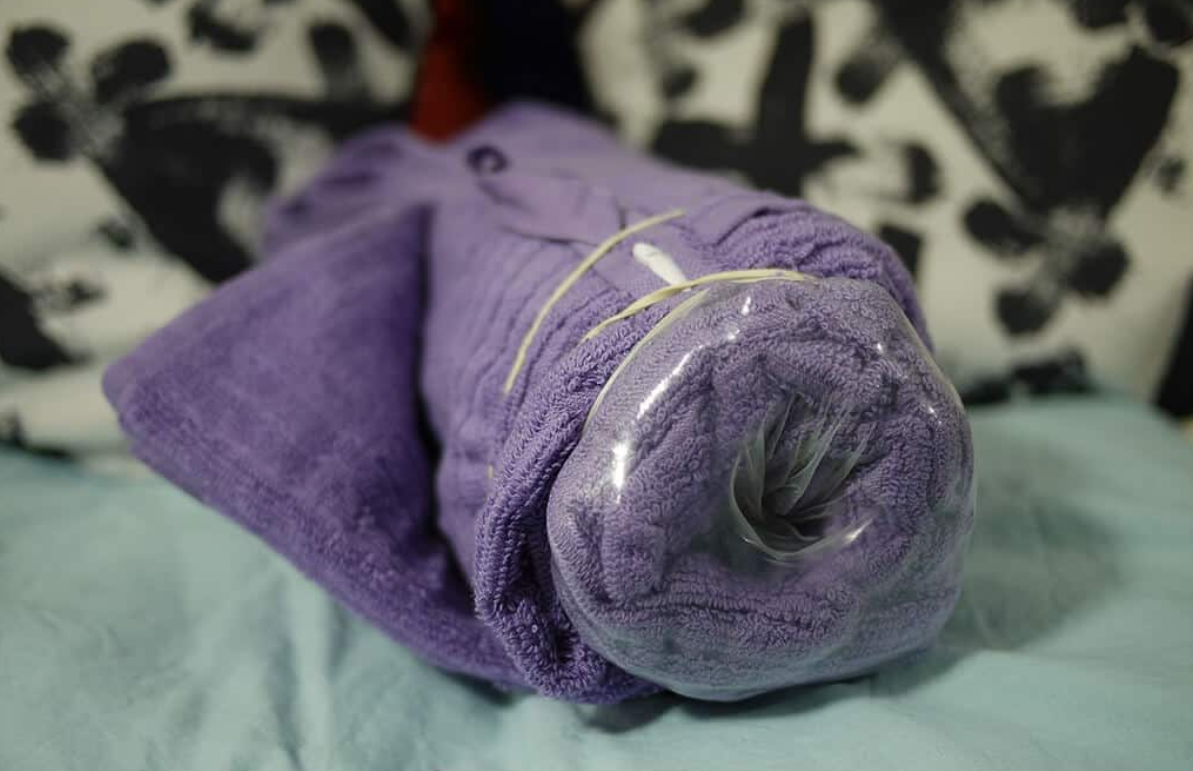 When we say easy, rolling your regular towel and folding it in two is probably the most effective homemade pocket pussy you’ll ever get. It requires a towel, some duct tape, a latex glove (condom), and you’re ready to place your penis inside and plow.

Firstly, roll your towel and fold it. Next, place your latex glove inside, but leave it hanging out a bit. You can replace the glove with a condom — it’s up to you. Once you’ve done the impossible task of folding and placing the rubber in the towel, use some duct tape to stitch it all together, and you’re all set.

If you’re not willing to spend money on a pocket vagina, or you can’t afford it, toilet paper rolls are for you! All you need is a paper towel and a latex glove (or a condom), and you’re all set for some penetrating.

It’s relatively easy to assemble. Just remove the cardboard in the center and replace it with the glove (condom). Once you’re done, get rid of the latex, and you can still use the toilet paper for its actual purpose. Also, you can use some duct tape to adjust the glove once you have put it inside the roll.

Again, we’re talking cheap but great here. Sponges mixed with bottles or cans are practically a synonym for a fantastic wank that cost less than a “Quarter Pounder.” Both options work pretty much the same. You place two soft sponges inside them, leaving room between them, where you’ll add a glove (condom) to catch your load.

Although not a realistic vagina, you’ll immediately see how well it works. It’s simple, cheap, but most importantly, it’s reliable. So, if you’re not willing to spend time making a DIY monster toy, try sponges! 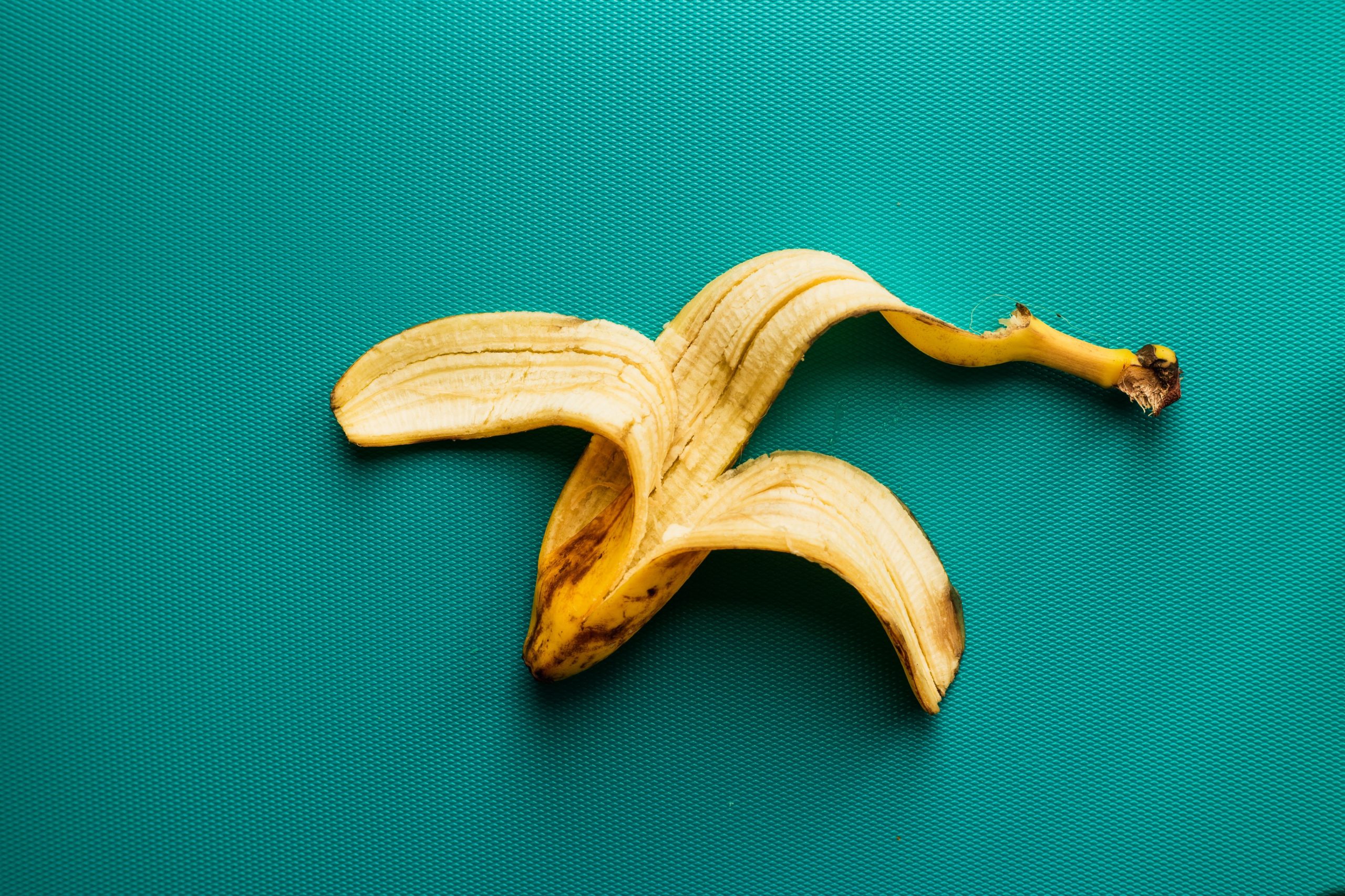 If you’re into nature and recycling, you’ll want a good pocket pussy that can check both boxes. Hence, a banana masturbator is a genius way to spank your salami. Keeping in touch with your roots while wanking, what more could you ask for?

All you need to do is to cut one end of the phallic-looking fruit and squeeze the insides out, leaving just a tiny bit in. The remains will act like natural lubrication, so the feeling will be closer to the real deal. The other end will block your love juice from spilling out, making it a one-use-only device.

This one’s a bit tricky, but it works wonders once you master it.

Once you’ve done that, microwave it all for a minute. Then use a stick to make a penis-sized hole in the heated cornstarch and put it back in the microwave for about 30s. After the second turn of microwaving, once again, place the stick into the glass. Leave it in the fridge for about an hour, and you’re all set.

Albeit a pretty lengthy process, cornstarch fleshlight is great. Try it. You won’t end up disappointed! 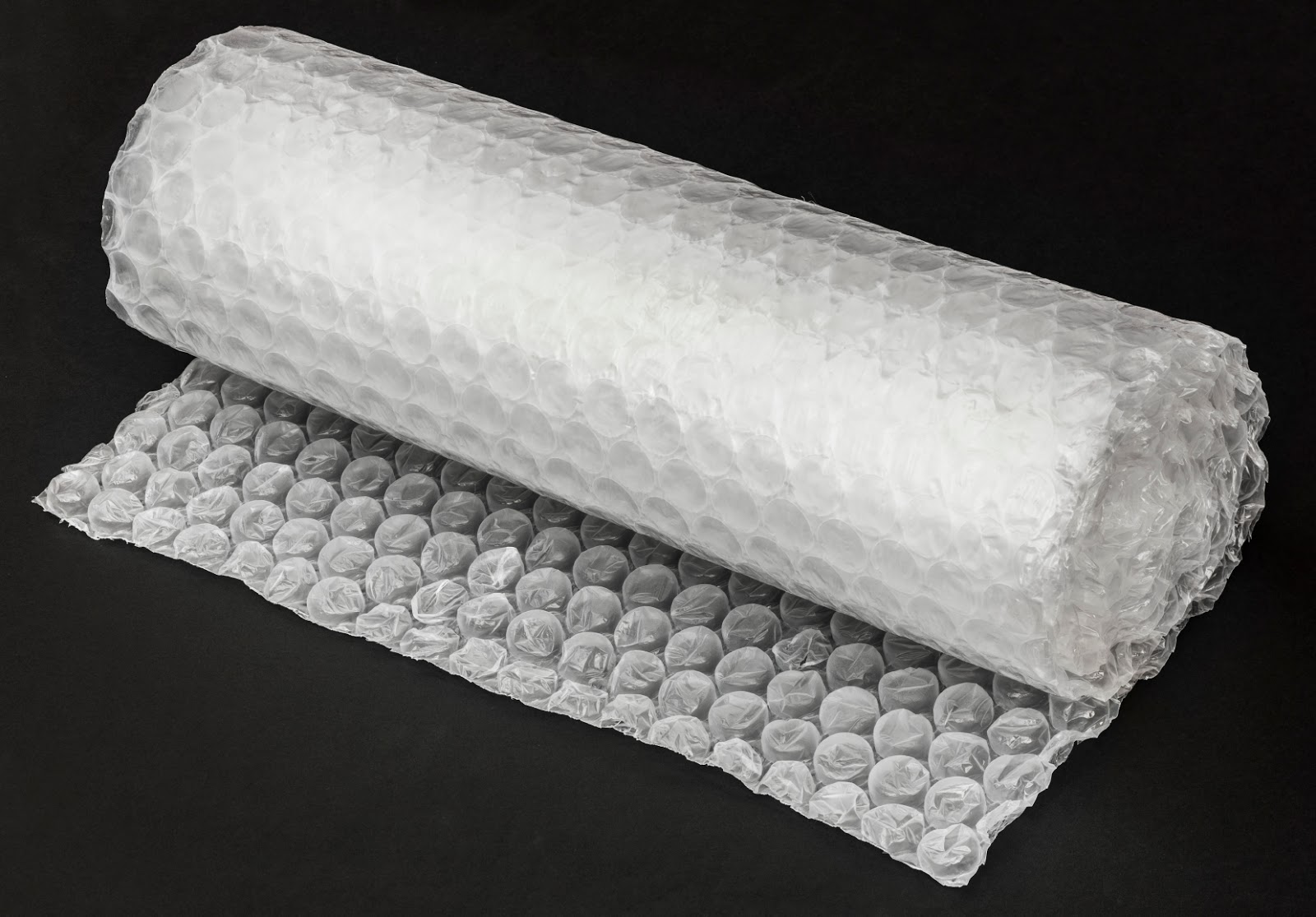 Even though we’ve already mentioned sponges, we didn’t talk about one of the most recommended DIY pocket pussies out there. This one consists of a large plastic bottle, a pair of sponges, and some bubble wrap. Sounds simple, doesn’t it?

You’ll need to cut the top of the bottle to make a cylinder and fill it with sponges covered in bubble wrap. Again, the use of duck tape can prove essential to hold everything in place. And of course, we need not mention that you should probably use a condom to preserve the DIY device for further use.

Pillow Stuffing in a Bottle

We’re still sailing in cheap waters here, so let’s talk a bit about another great and inexpensive way to simulate real skin with a DIY masturbator. Once again, we’re all about easy-to-make devices. This time, you’ll only need an old pillow, a plastic bottle, and a glove (condom).

Cut the top of the bottle, fill it with pillow stuffing rolled up in a condom, and you’re all set to thrust like a beast. Not to sound reckless, check if the edges of the bottle aren’t sharp. It’s easy to injure your little friend if they are.

Last but not least, the good old sock! You pretty much need to be living under a rock not to know about the sock routine guys use while “milking the milkman.” It’s one of the most basic ways to make a fake vagina. All you need is a sock, some water-based lube, and a latex glove.

Roll the sock so that it leaves a plump entry on the top, fill the tunnel with a glove (or a condom), and lube yourself. After that, it’s all systems go. In case that all the mentioned ways to make a DIY pussy seem hard, stick to the basics. After all, the best pocket pussy just might be the simplest one. 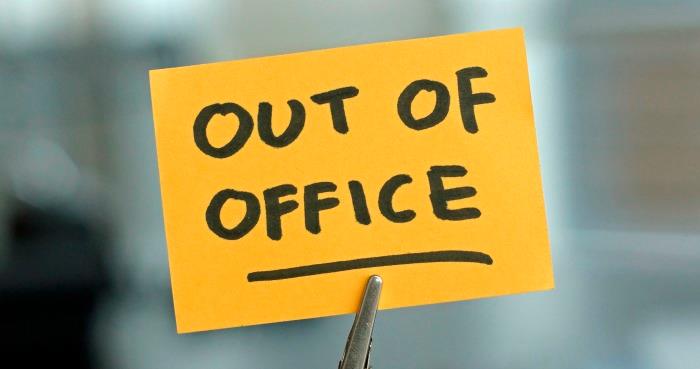 How many days a week do you get off? Most people get two days off in a row, usually on[...] 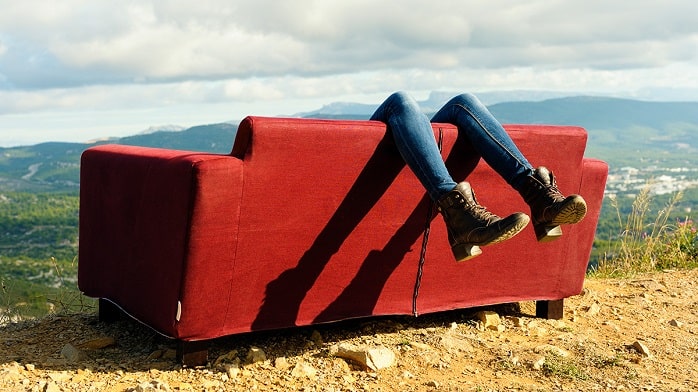 Does your employer allow you to take a half day of vacation as paid time off from work for any[...] 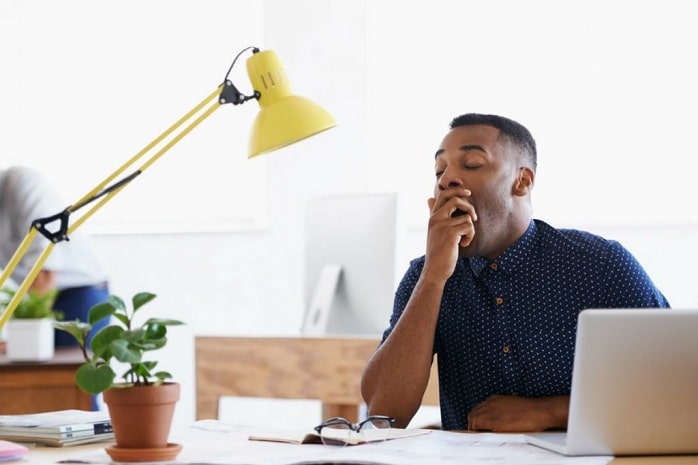 If your mind starts to wander and you could really use a nap or a candy bar around 2 p.m.,[...]